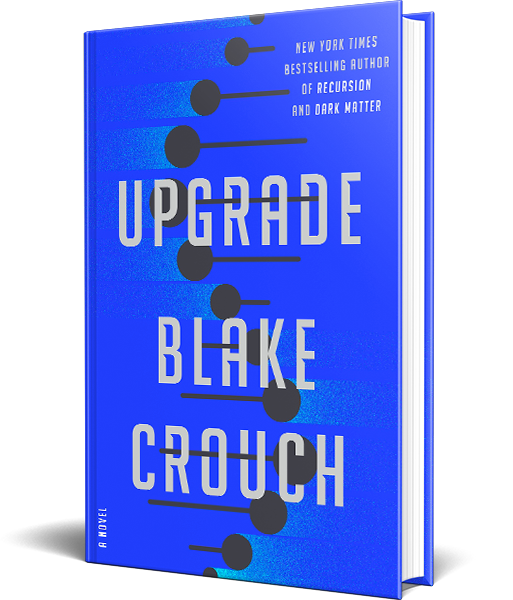 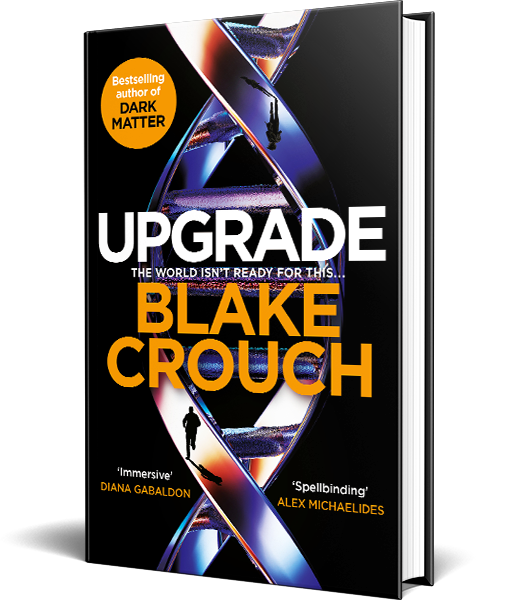 Now Available in US & UK

An ordinary man undergoes a startling transformation—and fears that all of humanity may be next—in the mindblowing new thriller from the New York Times bestselling author of Dark Matter and Recursion.

“You are the next step in human evolution.”

But before long, he can’t deny it: Something’s happening to his brain. To his body. He’s starting to see the world, and those around him—even those he loves most—in whole new ways.

The truth is, Logan’s genome has been hacked. And there’s a reason he’s been targeted for this upgrade. A reason that goes back decades to the darkest part of his past, and a horrific family legacy.

Worse still, what’s happening to him is just the first step in a much larger plan, one that will inflict the same changes on humanity at large—at a terrifying cost.

And even as he’s fighting, he can’t help wondering: what if humanity’s only hope for a future really does lie in engineering our own evolution?

Intimate in scale yet epic in scope, Upgrade is an intricately plotted, lightning-fast tale that charts one man’s thrilling transformation, even as it asks us to ponder the limits of our humanity—and our boundless potential.

“The incomparable Blake Crouch has, once again, completely blown my mind. Upgrade is more than a brain-bending thriller; it’s a siren in the night, warning us all of the dangers of playing God with the human species.”
—Justin Cronin, #1 New York Times bestselling author of the Passage Trilogy

“Amazingly gripping and totally immersive. . . Brilliant (near-future) world-building and impeccable plot. You don’t so much sympathize with the main character as live inside his skin.”
—Diana Gabaldon, #1 New York Times bestselling author of the Outlander series

“From the first page of Upgrade, it’s clear you’re in the hands of a master storyteller. Blake Crouch leads you on a roller-coaster ride in this highly original science fiction adventure thriller, by turns mysterious, fascinating, and deeply moving—exploring the very nature of what it means to be human. . . . Spellbinding.”
—Alex Michaelides, #1 New York Times bestselling author of The Silent Patient and The Maidens

“Blake Crouch doesn’t pull any punches in this taut and evocative examination of what humanity really is—and how it fails us. Upgrade is a hugely entertaining and emotionally resonant thriller that you’ll be thinking about long after you turn the last page.”
—Veronica Roth, #1 New York Times bestselling author of Chosen Ones and Divergent

“Once again, Blake Crouch is a master of science, imagination, and character—Upgrade is riveting, tense, scrupulously researched, and deeply heartfelt.  Crouch has a mind like Crichton, and a heart like King.  If you already love his novels, this will rank up there with your very favorites. If you’re new to him, welcome, and congratulations!  It’s the beginning of a great adventure.”
—David Koepp, bestselling author of Aurora and screenwriter of Jurassic Park